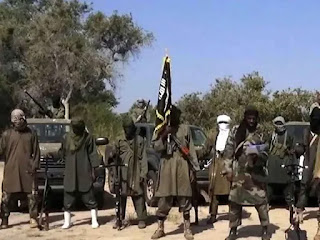 The Commander 21 Special Armoured Brigade Bama Brig. General S T Audu has said that Bama, which is the second-largest commercial town in Borno State, northeast Nigeria will no longer be a place for terrorists.
General Audu made the disclosure yesterday while speaking on the security situation of the area since the establishment of the Brigade by Lt Gen. Tukur Buratai
According to him, for several months Bama was under the control of the terrorist group Boko Haram, but with the liberation of the area, Bama is now fully under the control of the Nigerian Army.
“Bama which used to be the Spiritual Headquarters of Boko Haram is now totally free of the insurgents.” He said
He said the command which was the brainchild of the current Chief of Army State Lt Gen TY Buratai was established a few months back to take total command of the area which has within its constituency an international route that leads to Cameroun, Chad and Niger and the dreaded Sambisa forest.
According to him, Bama which used to be a Mecca of sorts for Boko Haram has been totally taken over by gallant soldiers.
He said, the command’s operations also stretched to Kodunga and other major towns in the area.
“Some measures have been put in place by the Command in making sure that normalcy returns to the town. Most residents who hitherto fled the area have also returned.
“As part of our reintegration effort, an IDP camp has been established to rehabilitate displaced residents,
“The command also provides water for the people and also rehabilitated some portions of the Federal Highway to ease up the movement of people and vehicles.
“The Military under the watch of the command is providing health care facilities as well as education for most of the children in the IDP camp with the assistance of some non-governmental agencies.” He said
He assured Nigerians that Boko Haram as a terrorist group will never find its way into Bama again.