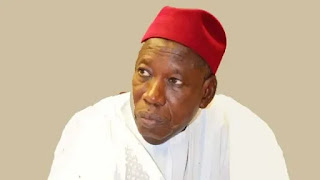 A statement signed by Alhaji Bashir Tofa alongside ten others and made available to newsmen in Kano frowned at the creation and the attempt to destroy 1000 years old heritage.

The statement reads in part: “The Advocates for United Kano is a non-partisan group of citizens from all professions and backgrounds, who are law-abiding and irrevocably committed to the peace and progress of our dear State.

“Consequently, we hereby express deep concern about the persistence of Governor Abdullahi Umar Ganduje at the destruction of the Kano Emirate, a product of the efforts of our forefathers, which has survived for centuries championing purposeful administration and scholarship in Kano State and beyond.

“It is without doubt that the Kano Emirate has, for centuries, been a formidable force in shaping the character and economic outlook of the Kano society in particular and Nigeria as a whole. Unfortunately, however, the actions of Governor Abdullahi Umar Ganduje which, to a greater extent, borders on personal margins, are unequivocally bent on destroying that legacy.

The statement further laments what it’s described as the Governor’s deliberate attempt to politicize the influencing Emirate in Nigeria, therefore ignoring every effort of well-meaning individuals that have cautioned him.

“has remained the most influential emirate in the Sokoto Caliphate under the control of the Emir of Kano, traversing the entire territory that is now known as Kano State.”

The Governor has severally been cautioned to apply reason and rectitude in contemplating dissecting the Kano Emirate to meet certain political ends. But political impunity and vendetta have beclouded his good senses of reasoning and judgement. Clearly, he is resolute in the mission of destroying the legacy of Sheik Usman Dan Fodio, which Kano Emirate duly represents.

“The Governor, for political reasons, has deliberately overlooked the numerous words of wisdom written to him formally and/or expressed through various media and went heedlessly ahead to sign into law the obnoxious bill creating 4 additional Emirates within the historical jurisdiction of the Kano Emirate.

He also trampled the sound counselling adduced by Lawyers and Courts of appropriate jurisdictions and continued with the unilateral action leading to the creation of the new emirates.

To this end, the Elders cautioned the Governor and frowned at the way he is conducting the affairs of the state.

“We view with great concern the impunity with which the Governor of Kano State has been running the affairs of the State in total disregard of the wishes and aspirations of the people;

“In recognition of the pivotal role of the Kano Emirate in the entrenchment of unity among citizens, its guidance on matters of progress of the State and enhancement of the wellbeing of the people coupled with the dire need to sustain peaceful coexistence among the citizens, we hereby call on the Governor to, in the interest of Unity, Peace and Progress of Kano State, immediately cause the repeal of the obnoxious Law creating the new Emirates. Our resolve in this regard was informed by careful consideration of the fact that the personal ambitions of the Governor should not be allowed to jeopardise the overall common good and harmonious relationship existing among the Kano populace;

“If however, in the wisdom of the Governor, that the new Emirates are necessary in order to fast track development, then the Law must be subjected entirely to the processes of popular will. This is a matter of strategic public significance should be subjected to established democratic ideals. The voice of the people of Kano State must be heard and respected, too.

“In making this declaration, we wish to, once again, appeal to the good people of the State to continue to remain law abiding and peaceful in their conducta. We assure all well-meaning citizens that Kano will continue to be great in all endeavours.

“We equally wish to implore other well-meaning Nigerians not to relent in their prayers and other interventions towards finding a lasting solution to this unfortunate aspect of our history.

“We also hereby reiterate our commitment and resolve at preserving the historical legacy of Kano Emirate, an institution, unlike an individual, is indispensable.”