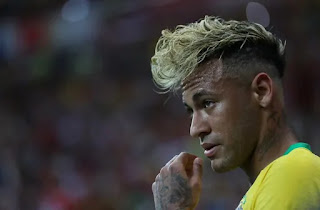 Neymar’s father has confirmed he’s in talk with Barcelona, in order to settle a lawsuit against the Catalan giant after Neymar’s departure to PSG.

Neymar was demanding up to €3.5m for unpaid bonuses, following his world-record €222million move to the Ligue 1 champions.

That suit countered Barcelona’s lawsuit against the Brazilian forward, for an alleged breach of contract.

In an interview with Cadena, Neymar Sr said, “It’s a demand about his termination when he left the club,” Neymar’s father said.

“Neither Barcelona nor us are worried. We will solve this situation.”